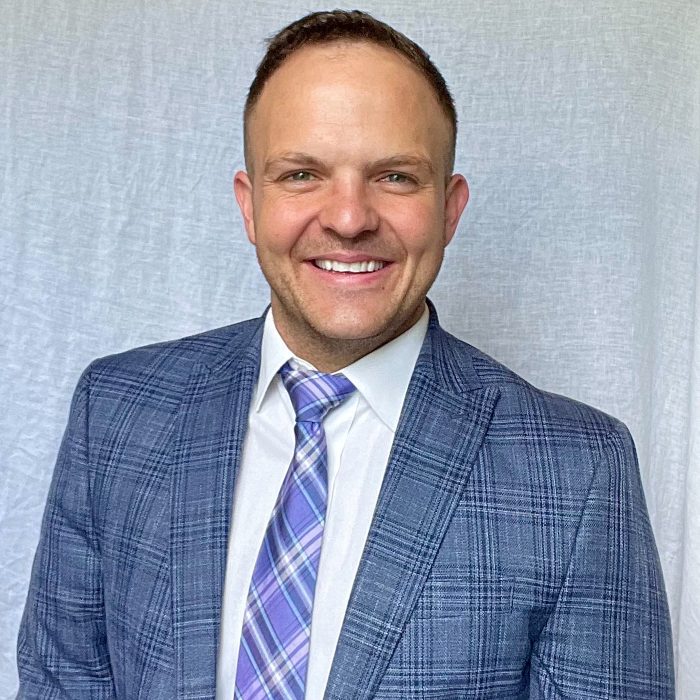 In every law school class, there is a student whose enthusiasm and energy affects everyone they touch. Jeramy Ashton, who lives by the adage, “be who you needed when you were younger,” is one of those students.

A third-year law student originally from Salt Lake City, Utah, Jeramy is a first-generation college student and a proud member of the LGBTQ+ community.  He was drawn to Bowen because of the law school’s focus on public service and how it ties to his passion for health law.

That commitment comes from personal experience.

“As a survivor of childhood trauma who was denied access to essential health resources, I relate to the agonizing pain and helplessness that is too often experienced in the field of health,” Jeramy explained. “I chose a career in law to advocate for societal well-being by improving access to healthcare and representation for those harmed by the current healthcare system.”

His work as a student is providing a valuable launchpad toward his career goals in health policy.

In Spring 2022, Jeramy worked on Capitol Hill with the House Judiciary Committee. As a Legal Fellow for Representative David Cicilline (D-RI-01), Jeramy had the opportunity to examine proposed amendments to the Constitution and other important issues before the Crime Subcommittee. He was also selected to work with Congressman Cicilline, Chair of the Congressional LGBTQ+ Equality Caucus, on landmark LGBTQI+ related legislation. Jeramy’s work included:

This summer Jeramy worked with the Center for Disease Control’s Public Health Law Program. His work focused on health equity and legal epidemiology – the scientific study of how laws affect public health. The goal of the research is to provide accurate recommendations for health-related policies and/or legislation to state, tribal, and local leaders across the United States.

During his time with the CDC, Jeramy assisted in disease tracing for the monkeypox response team. Additionally, he explored judicial opinions and public health law data to determine how judges in various jurisdictions valued or incorporated available public health data in their opinions.

Jeramy also spent part of his summer at the National Agricultural Law Center, where he worked to promote the upcoming 2023 Farm Bill, the importance of access to broadband internet, and how the bill would increase access to healthcare in rural communities.

In late August, Jeramy attended the Public Health Law Practitioners Convening. At the invitation of the CDC, he moderated multiple sessions focusing on health equity. The underlying message of the presentations was the importance of collaboration in public health law, including multiple voices and perspectives, and the push for health equity in data collection and representation.

This fall, Jeramy is a judicial extern for the U.S. District Court for the Eastern District of Arkansas. He hopes to focus on the importance of expert findings in health and science with respect to resolving legal issues and to be able to use his voice to educate and advocate for incorporating data relating to health and well-being in judicial opinions.

If that wasn’t enough, Jeramy recently founded Bowen’s Health Law and Policy Society, a student organization aimed towards exposing students to career options in health law. The group is planning a Health Law Symposium for January 2023, with a focus on health-related matters before the courts, including how mental health is addressed within the court system. Jeramy has already hosted events with local law firms, introducing students to health law practitioners to help create a solid network between law students and attorneys.

In addition, he turned the research he did on Capitol Hill regarding the MSM Blood Ban/Deferral into a paper that is being prepared for publication by the American Bar Association’s Health Law Section.

While Jeramy has spent a fair amount of time working away from Bowen, he appreciates the role the law school plays in accomplishing his goals.

“The faculty at Bowen has been especially supportive–a key component of my success as a student and future legal practitioner,” he said. “My first year of law school was spent online with limited social and instructional interaction, and I grew concerned that I wouldn’t be capable of achieving my goals. I remember a specific interaction with Lindsey Gustafson, Associate Dean of Academic Affairs, who assured me I was ‘more than enough for this,’ and that I was where I needed to be.”

“I learned that day the importance and necessary practice of when to ask for help,” he adds.

In the end, that’s one of Jeramy’s favorite things about Bowen.

“We have a stacked administration who take the time to ensure the success of their students,” he said. “Our student population includes thirty percent of first-generation college students who work harder than you can imagine. We have students from the smallest town in a rural community to students from New York and Chicago. You will not find another school like Bowen.”

After graduation, Jeramy hopes to return out West, or maybe to the DC area, to pursue a career in health policy or public interest litigation.