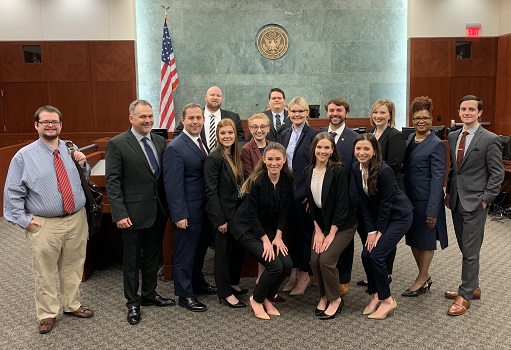 Professor Deborah L. Borman is relatively new to Little Rock—she just finished her second semester on the faculty at the UA Little Rock William H. Bowen School of Law. However, she’s not a novice when it comes to teaching her students about oral and written advocacy.

In Borman’s experience, legal writing and advocacy can sometimes become compartmentalized. Writing assignments are given in class, discussed in class, and many times presented in class. Peers fulfill the roles judges and juries. She had the idea to take students out of the classroom and put them in a courtroom.

“All of my previous schools were ‘court’ cities,” said Borman. “Beginning when I was teaching as an adjunct professor at DePaul University College of Law and working as a law clerk in the Illinois Appellate Court. The court administration let me borrow empty courtrooms for oral arguments.”

It was also a natural growth from her classroom techniques of using improv-based exercises to enhance communication and having students conduct in-class trial arguments. “It’s all about improving the students’ legal analysis and communication, and seeing how those two things work together.”

So this past spring semester, for two days, Professor Borman’s first-year students took over four courtrooms at the U.S. District Court in Little Rock. Because she is the liaison for the Henry Woods American Inn of Court, a voluntary association of legal professionals committed to excellence in the profession, Professor Borman approached the leaders of the group to ask for assistance.

Magistrate Judge Joe Volpe helped with court room availability and booking. “It was wonderful to see the bar step up. The program was very well received.” 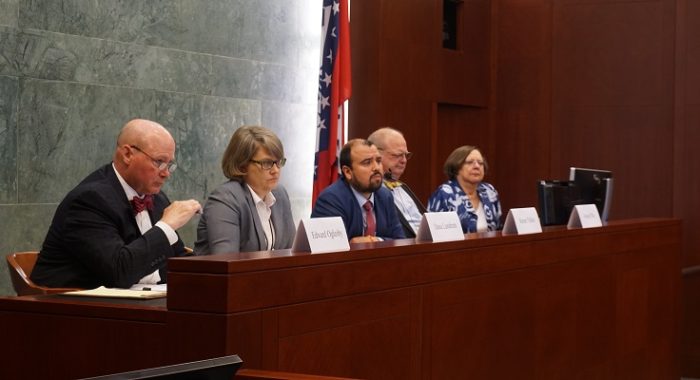 Inn members volunteered as judges. They were all practicing attorneys or sitting (or retired) judges. Almost half were Bowen alumni. “It was a pleasure to do this with students and the law school,” said Inn President Ed Oglesby.

Panels of three judges presided over oral appellate arguments, with two students on either side of the case. Each student took turns presenting their argument and answering questions from the judges. “This was much more intense and realistic than my experience as a student,” said one judge. 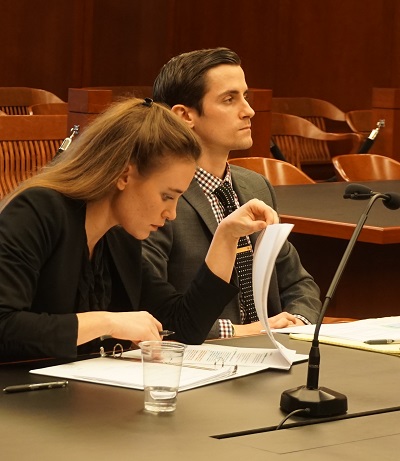 At the end of the arguments, each member of the group received feedback from the judges. “It was so much better than I anticipated,” said student Jessica Smith. “I was scared to death beforehand. Thankfully, it was not that bad! The judges were very fair in the questions they asked us and provided incredibly helpful feedback.”

“The practice context leads to better comprehension of how the students’ analysis affects their argument,” says Borman. “They get to see what they’re capable of doing, and they become connected to the profession. The students create working relationships with their fellow students and begin networking with others in the field.”